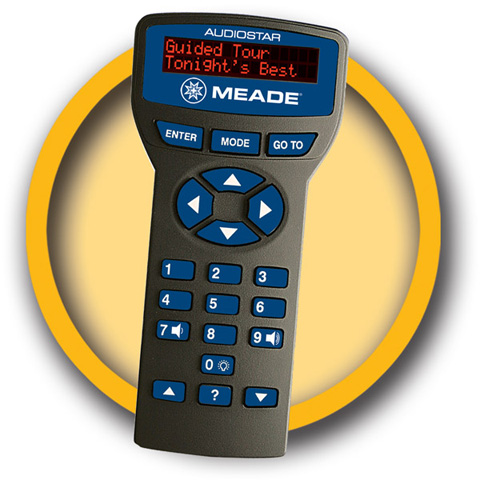 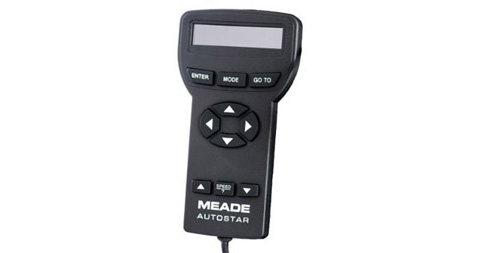 AutoStar (#494) has been discontinued. 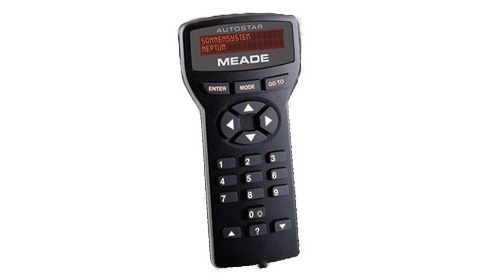 AutoStar (#495) has been discontinued.

AutoStar (#497) has been discontinued.

Therefore, telescopes that use the previous AutoStar handboxes can also be controlled with an AutoStar #497. 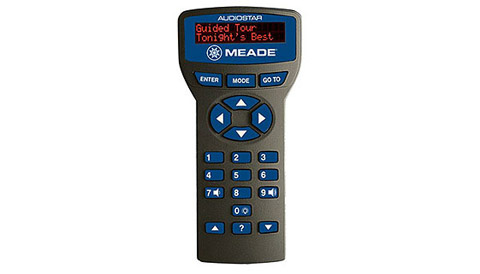 It is combined with the built-in speaker inside the AudioStar handbox to produce over four hours of high quality pre-recorded audio descriptions of the objects you observe.

People around the telescope can listen and learn about more than 500 of the celestial objects contained in the AudioStar database, including planets, nebulae, star clusters and the Moon. The AudioStar has a database of over 30,000 astronomical objects. Approximately twice as many as the AutoStar #497. The AudioStar Meade part number (SKU) is 07640. 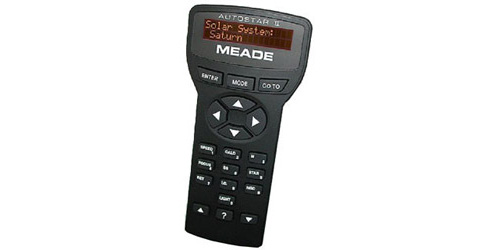 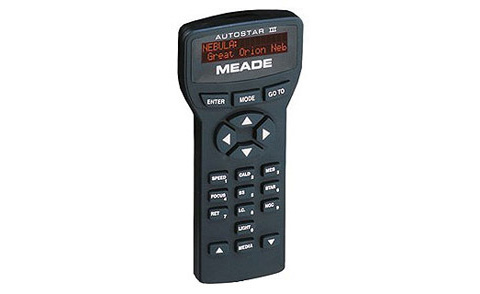