Photography with the Meade ETX90

Can a telescope be used as a powerful lens for your DSLR camera? The answer is yes, as demonstrated in Fotodiox’s video linked in the Links section below with the title Shooting video with Meade ETX90 and DSLR. In this case a Meade ETX90 is used as a 1250mm lens for prime focus terrestrial photography. The ETX’s motorized fork mount and fine adjustment controls prove particularly useful. 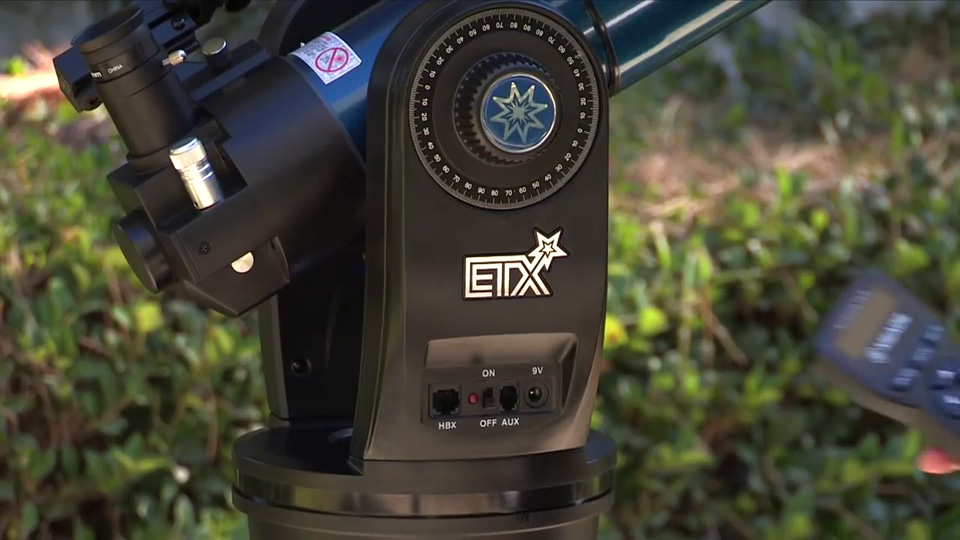 Typically, two adapters are required to attach a DSLR camera to the ETX telescope for prime focus photography. The first screws to the rear photo port of the ETX telescope. The output is a standard photographic male T-thread (M42 x 0.75mm). There are two such adapters depending on the ETX model as shown below.

A second adapter, often referred to as a T-ring, is required for the DSLR camera. There are many such adapters depending on the camera brand. Meade supplies adapters for Canon EOS DSLR and Nikon DSLR cameras. The T-ring screws at the front of the DSLR camera (instead of the lens). The result is a female T-thread (M42 x 0.75mm) that will fit the appropriate #64 T-adapter or #64ST T-Adapter attached to the telescope as described previously.

Other companies supply similar T-ring adapters that will fit DSLRs from other camera manufacturers in addition to Nikon and Canon.